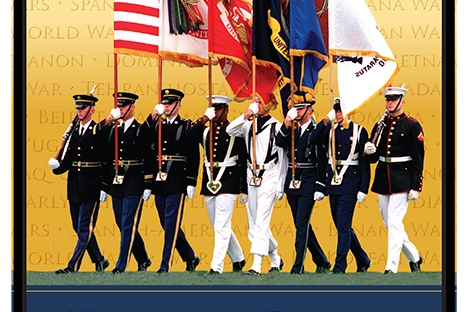 Veterans Day is when we get to say Thank You to all the men and women have served in the military during wartime and peacetime for the United States of America.  On this day we acknowledge those brave souls who have served, sacrificed and contributed to our nation’s security.

The origins of Veterans Day began from a parade organized in 1947 by a man named Raymond Weeks in Alabama. This set in motion the changing of ‘Armistice Day’,  commemorating the end of WWI, to ‘Veterans Day/ that honors all who have served in the American armed forces.  In 1954, President Eisenhower signed a bill proclaiming November 11th as the national holiday known as Veterans Day.

Every year on November 11th a wreath is laid on the tomb of the unknown soldier at Arlington National Cemetery. This tradition started in 1921 when an American soldier whose name is “known but to God” was buried overlooking the Potomac River and the city of Washington D.C.  This traditional wreath laying serves as a symbol of dignity and reverence for all our American veterans both living and deceased.

Thank you to all veterans!